Caravan Stories is one part Square Enix-stylized graphics, one part mobile game, one part Pokemon catchemall™, one part tactics battling, one part RTS. I’m completly in love with this game, I even got a video game soundtrack on vinyl!

That is a lot of parts, but the game is executed fairly well. There are some bugs and the PS4 client has a memory leak that will either crash the game after extended play sessions, or you’ll want to reboot the app yourself when performance suffers after 5 or 6 hours of play.

There is a lot to get into in terms of what this game is. While this is more of an in-depth first look at the game as opposed to a full out review, to share, I have logged roughly 22 hours on it since its release last week — and I plan to be spending a lot more in its world.

The setup for gameplay is straightforward. You have a party of individuals, ranked by stars 1-5, who have weapons and sub-weapons ranked by stars 1-5. You start at rank 1 and work RTS and RPG-style to unlock the systems you need to rank up both you and your weapons. 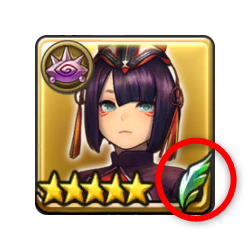 I *do* want to say that this game very much falls into the P2W, or Pay to Win category. No, you do not have to spend a dime on it; it will just take longer to grind your way into the upper echelons, with a lot of game-imposed waiting periods.

While this may seem like a negative, it’s not egregious in its execution – in fact, the game is quite generous in its initial rewards through your first incarnation (more on that later) – the real issue is because this was a Japanese-Only mobile game prior to its PS4 conversion – there is no information online about what to do/what to spend your given currency on, so it is VERY easy to spend it on things that don’t matter (whether given to you in game or if you buy the currency). So, let me recommend what you spend it on:
1. IF and only IF you LOVE your starting character, there is a launch box for 3k rainbow gems (they are called something Phantasm gems in the game, but they are rainbow gems, you cannot mistake this) that lets you get two 5-star items. I would recommend doing this, but only for the starting character (race – elf, dwarf, human, etc). Don’t get the equipment for any of their friends because odds are with so many (and better) characters eventually unlock able in the game, odds are this group of people will be relegated to the back burner.

2. Get to the Event Island that’s currently underway and grind out as many of the quests as possible. The island currency can get you several things:
1. Crystals – a lot of them for cheap. Crystals are needed to upgrade your base of operations. This will be a huge timesaver
2. Four-star beasts – you can purchase four, four-star beasts to join your team. I’d recommend starting with the shark until you can get others. He will by far be one of your strongest team members unless you do a couple other things I’ll list.
3. Evolve materials – you can get really cheap materials to evolve your characters from one to two to three to four stars from this event.

3. Once you make it to the free city (at least for the next few days), you can spend 3k rainbow (Phantasm) gems to get a guaranteed 4-star pull. Hope to all that is holy you get Emily. (Sadly I didn’t). As there is a limit of 1 purchase, this is an important one to build up your strength early. Plus when you finish this group’s story, you can keep those higher-ranked team members forever.

4. Should you buy any of the other 3k boxes? Maybe. There are pros/cons for it. Odds are, you’ll get some good 5-star weapons/sub-weapons. Even if it’s not for the person you want, you can later convert 3 of them into 1 for the person you want (when your base is around lvl 16 or so). You have a 1.5% chance of getting another 4-star person out of these boxes, so odds are not great you are going to fill out your roster from these boxes. You will, however, get 125 premium points. Characters on the premium points page cost 2500 premium points, which if you spend that much, you are a whale and will keep the game alive forever 😉
Even to get the beasts in that box are 1000 premium points, which is about USD $400 spent on the game. (get the tree man out of the three selected, a self-healing tank that is better than most so far)

5. There are some 500 gem boxes in the launch section of the store, gems and gold, I’d recommend picking these up as they give you a great start early on in the game.

6. Anima. These are the banners of people. If you see one you want, buy it. Each character requires a certain number to become available for you to use in-game if you don’t unlock them via their stories first (pro tip: you won’t unlock many through story for quite a while, as most require you to have played multiple classes to continue their stories).

Things to NOT spend your rainbow gems on:
1. Speeding up time on projects
2. Replenishing Stamina
3. Continuing fights you lose

Eventually, you will make your way to the Free City of Nero. Push the story as quick as you can to get there. Eventually, you will unlock your daily quests, and everything you can do (except for a battleground). During this storyline, you will be given the opportunity to reanimate. If you don’t want to reanimate, simply press circle when given the race selection screen and you’ll stay with your current party. I’m not saying you should; it’s what we did to get our teams up as high as we could, and then reanimated – it gave us level 11 caravans and a lot of infrastructure, but there’s nothing wrong with reanimating immediately either. You’ll need to play through 4 races’ worth of story before entering ‘endgame.’ We aren’t there, yet, and have been figuring things out as we go.

About a level 6 caravan (your mobile base)

It is interesting, since most games today have everything online well before players touch them. So this is a bit of nostalgia in having to figure everything out on our own. The best piece of advice I can say is join a guild! It reduces your wait times and you can request things you need, plus it has a store all to itself where you earn the currency daily.

The main things I want to stress is 22 hours in, and I am constantly thinking about playing the game.  It’s fun, there is a ton of automation in the game (next article), and you can play it 100% free.  Money will only speed up your progress.  If that’s not something you want to spend your hard-earned cash on, then don’t!  I cannot stress again enough that you CAN play this free; friend of the site and Wrestling’s Smart Mark contributor Kokeshi Ken is doing just that.

Hopefully this write-up was helpful to you – I think the game is incredibly fun and there is a ton I haven’t even touched on, but will do so in later pieces.

Are you playing Caravan Stories on the PS4? Have specific questions? Let us know what characters below!